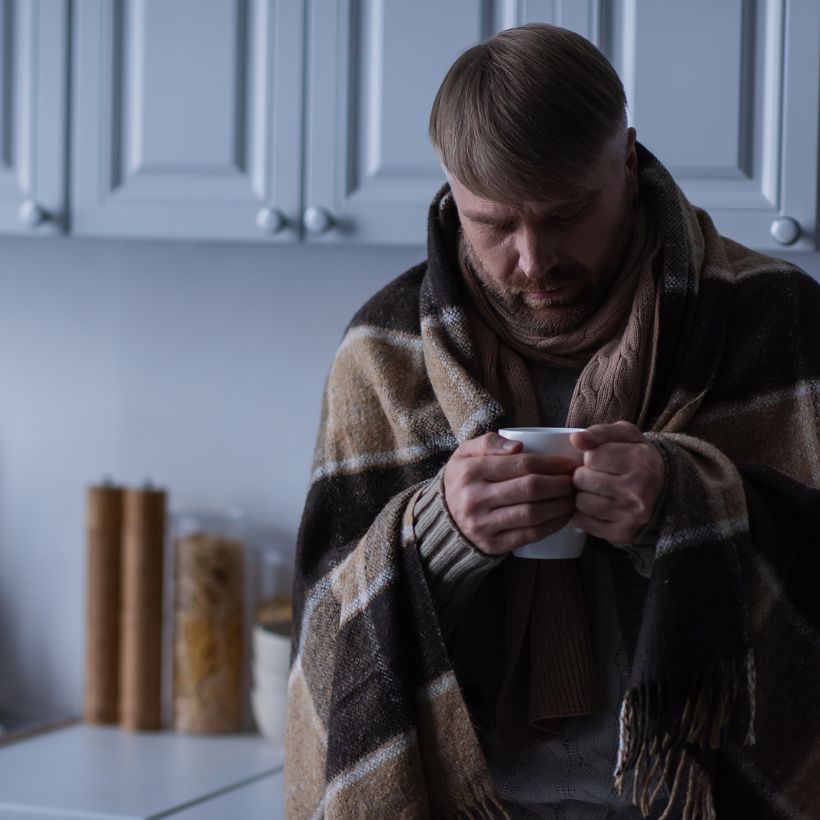 For many people, the gray days of winter mean cozy nights spent indoors and a season filled with festive cheer. But for others, winter can bring on something much less cheerful: seasonal affective disorder, also known as SAD or seasonal depression.

Seasonal Affective Disorder is a type of depression associated with the changing seasons. An estimated 10 million Americans suffer from the condition each year. Unlike chronic depression, which can occur year-round and often has a slower onset, SAD usually occurs when days become shorter in fall and winter.

A diminished amount of sunlight can impact your brain’s production of serotonin, causing these and other symptoms.

Feeling down during the cold winter months is normal, but it might be worth talking to a doctor if you’re experiencing much more than that. SAD is especially common among those living in northern states. If caught early, it can be treated with light therapy, exercise, and lifestyle changes—so if it’s wintertime, and you’ve been feeling very blue for more than two weeks straight, don’t hesitate to reach out to a depression counselor.

Feeling hopeless is another common symptom of seasonal depression, and it can be challenging to cope with. Hopelessness often leads to a loss of purpose, energy, and motivation, among other struggles. If you suspect SAD is behind your feelings of being overwhelmed, know that help is out there—but you need to reach out and ask.

We all have days when we fall asleep on the couch or stay up late at night scrolling through social media. However, if these persistent low energy levels happen almost every day during the cold season and seem to be accompanied by an overall negative mood, consider talking to a doctor or therapist to see if you have SAD.

Feeling guilty or worthless without any objective reasoning behind it can also point to possible seasonal depression. Most people experience occasional feelings of guilt for short periods during winter months. However, seasonal depression is characterized by longer-lasting symptoms throughout the season, which can be debilitating if left untreated.

Changes in appetite or cravings for certain foods, such as sweets and other simple carbs, can also be linked to SAD. These changes are usually caused by changes in serotonin levels which affect our hunger levels, so it’s important not to ignore them even though they may seem innocuous at first glance.

Difficulty sleeping or oversleeping are possible symptoms associated with seasonal depression, so you shouldn’t ignore them. If your sleep patterns change significantly from fall to winter, it could mean more than just being exhausted from being cooped up inside all day!

Lastly, lack of motivation or difficulty concentrating are indications that something bigger might be going on than just feeling sluggish because it’s cold outside. Lack of motivation is never fun, but something like SAD might need addressing sooner rather than later before things get worse!

Help For SAD Is A Phone Call Away

Your medical provider can only diagnose seasonal depression after examining and reviewing your symptoms. Fortunately, SAD can be treated in many ways, including lifestyle changes, light therapy, counseling, and medication. Working with a therapist or mental health professional can help you to understand your depression better and create an action plan that works for you.

You Don’t Have To Suffer In Silence

Seasonal depression is highly treatable, and the sooner you reach out for help, the sooner you can start feeling like yourself again. With the proper support, seasonal depression doesn’t have to take over your life and ruin the winter months. At Health For Life Counseling in Grand Rapids, MI, our licensed therapists offer in-person and telehealth therapy for depression and SAD. You deserve to be happy—so take that first step and call us today!