A Lifetime at the Piano 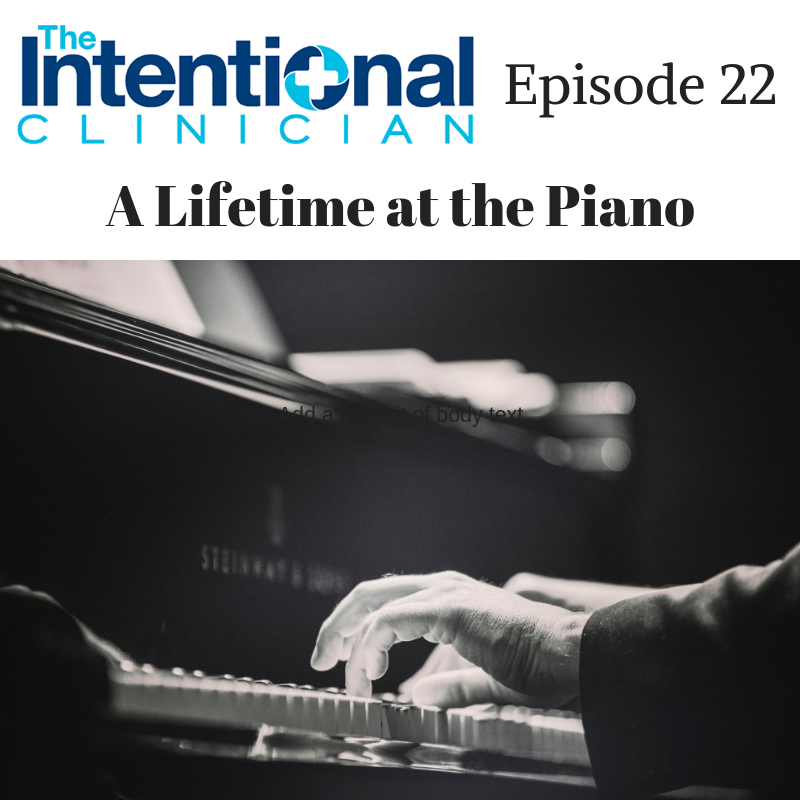 Paul Krauss MA LPC tells a personal story of my grandfather Wally Krauss’ life at the piano. He features interviews with his father, brother, and some home recordings. Paul’s grandfather was an amateur pianist and organist who for 80 years shared his gift and talent with family, his many friends in various social circles, church groups, senior homes, and restaurants. Wally played piano daily into his 95th year of life.  John Krauss describes growing up with such a musical father, and discusses research results which show that playing the piano influences brain development and plasticity for both children and elderly. Paul discusses how a positive attitude and outlook on life can influence your overall well-being. Tim Krauss discusses his grandfather’s influence on his life and how he is working with Paul to carry the torch of creating and playing music as part of the family heritage. This is the second episode in a series about music. The first episode was my interview with musician Kelley Stolz (episode 17).

(Keep Scrolling for Piano and the Brain, an article, by John Krauss)

You can hear all of our recordings of Wally’s piano playing and much more at Happypiano1’s Youtube Channel:
https://www.youtube.com/user/happypiano1/

Paul Krauss MA LPC is the Clinical Director of Health for Life Counseling Grand Rapids: A Trauma-Informed Counseling Center in West Michigan. Paul is also a Private Practice Psychotherapist, host of the Intentional Clinician podcast, Behavioral Health Consultant, Clinical Trainer, and Counseling Supervisor.  Paul travels to train clinicians in multiple states. Paul is the creator of the National Violence Prevention Hotline (in progress)  as well as the Intentional Clinician Training Program for Counselors. Questions? Call the office at 616-200-4433.

For your Free 30 day trial of Simple Practice Electronic Health Records and to support this podcast, click this link: https://ter.li/appk

Piano and the Brain by John Krauss

4) Music training enhances a brain function that dies away. Studies show that a child’s brain develops to its full potential only with exposure to the necessary music enriching experiences. If not stimulated during early childhood, certain neuron connectors die.

5) Playing a musical instrument can reverse stress at the molecular level.

6) Scientists and therapists agree that playing piano positively affects the biology and behavior of seniors with memory loss. Senior piano players reported a decrease in depression, anxiety, and loneliness.

8) Piano instruction causes both sides of the brain to work simultaneously.

with brain damage; they attribute this to the consistent piano playing by the patients.

6.) Music enhances learning and creativity. Four and five-year-olds showed great improvement from the

effects of music on learning and creativity after just 20 days of teaching.

7.) Begin music lessons when your children are babies or toddlers when their brain is forming. If your child is older, begin lessons as soon as possible. Keep music a priority, for it will give students needed benefits when they are applying to colleges or choosing a vocation.

8.) Music enhances linguistic skills. Music, specifically song, is valuable for babies learning to recognize the tones that add up to spoken language.

9.) Sixty percent of music majors who apply to medical school are accepted, according to a study.

11.) The world’s top three nations of academic excellence have mandatory music requirements for their

students. Hungary, one of the poorest nations of the world, ranks highest in academic excellence. Every child in Hungary has mandatory music requirements for kindergarten through ninth grade. The first four hours of every day in Hungary are set aside for music study, orchestra and choir. In the afternoon, when students study math, language, and history, they are able to achieve high academic grades, because their brain has been formatted for orderly storage and retrieval of information.

12.) America spends 29 times more money on education than any other nation, yet ranks 14th out of the top 17 countries in academic excellence. In many U.S. schools, music has been replaced by competitive sports and computers. These two programs may have value and merit, but cannot replace music or its benefits.

13.) Students involved in extracurricular activities were far less likely to be involved with drugs. Secondary students in band or orchestra had the lowest current and lifetime use of all substances– alcohol, tobacco and illegal drugs.

14.) After learning eighth, quarter, half, and whole notes, second and third graders scored 100% higher than

their peers who were taught fractions using traditional methods.