How Counseling Can Help After You Have Been Emotionally Abused? 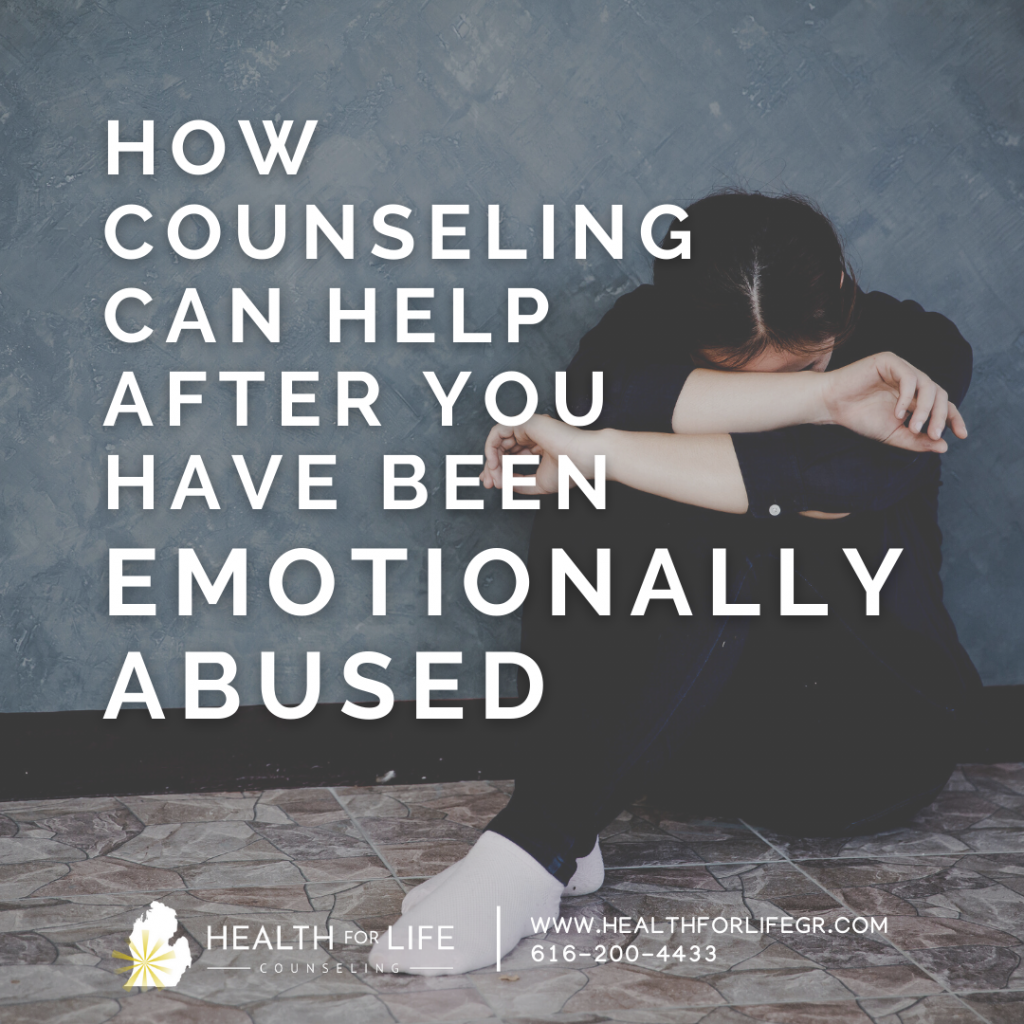 Have you ever experienced the feeling of being emotionally controlled by another person? Do you find your partner to be overly critical of you? Do you have to deal with insults, ignorance, judgment, and accusation even when you feel you’ve done nothing wrong? Then you might be emotionally abused.

Emotional abuse is not easy to recognize. It’s another person’s behavior that makes an individual feel bad about themselves. Emotional abuse harms the victim’s self-esteem and changes perceptions of reality. As studies show, severe emotional abuse may even lead to serious mental health problems such as depression or anxiety (Karakurt & Silver, 2013).

However, there are several proven strategies in various types of counseling that can help people who have experienced emotional abuse. In this article, we will review the types and signs of emotional abuse, discuss the psychological consequences of this condition, and see how counseling can help.

What is Emotional Abuse?

Emotional abuse or psychological abuse can be defined as a pattern of behavior in which one person deliberately controls another person by using emotions to blame, judge, or embarrass them. This behavior often leads to unhealthy relationships where it takes the form of verbal abuse or emotional manipulation. Psychological effects of emotional abuse include feelings of fear, low self-esteem, hopelessness, and confusion.

Even though emotional abuse is a nonphysical way of controlling another person, aside from verbal threats and strategies to make the victim feel inferior, it often leads to physical abuse and domestic violence.

If you notice the following signs in the behavior of your partner, you might be in an emotionally abusive relationship:

Emotional abuse has severe short-term and long-term psychological effects on mental health. Initially, people who experience emotional abuse are at the stage of denial. They have feelings of confusion, fear, and shame. Sometimes they might even feel hopeless. But most of the time, victims stay optimistic in the beginning and hope that the relationship will improve.

Frequently, the effects of emotional abuse are so severe that they result in physical symptoms such as muscle tension, moodiness, increased heartbeat, or various pains and aches. People have trouble concentrating, feel fatigued, and sometimes even have nightmares.

If emotional abuse isn’t revealed and treated shortly after it starts, it might have long-term negative effects on the victim’s mental health. In fact, studies show that over time, emotional abuse leads to depression and low self-esteem. Besides, emotional abuse is a predictor of anxiety disorders, sleep disturbances like insomnia, and social withdrawal or loneliness. According to Karakurt & Silver (2013), victims of emotional abuse sometimes even experience chronic fatigue syndrome.

Counseling For The Emotionally Abused: Does Therapy Help?

Counseling is an effective way to avoid the long-term mental health consequences of emotional abuse. Sometimes people find it hard to admit that they are victims of emotional abuse. Feeling manipulated, humiliated, or unhealthily attached to someone else significantly reduces the quality of life.

Often, people think their reduced mood and self-esteem might be a sign of stress, economic problems, or work-related issues. Counselors help the clients identify whether they actually experience emotional abuse or whether their concerns are caused by different triggers.

Moreover, therapy provides a non-judgmental, safe place to express your feelings and talk about things happening to you without feeling guilty or ashamed. It doesn’t matter whether it’s cognitive-behavioral therapy or psychotherapy, the basic principle of counseling is to provide a safe environment where a therapist and a client are actively involved in the process of solving problems.

Besides, therapy helps people build interpersonal trust. Suffering from emotional abuse badly impacts social skills and makes it hard for the victims to trust again. But focusing on emotional problems during therapy sessions is an effective way to move forward and build satisfying relationships that are free of terror, manipulation, and guilt.

What Kind of Therapy is Used for treating the Emotionally Abused?

The victim of emotional abuse can be treated either individually or with others. Receiving individual therapy such as Cognitive-Behavioral Therapy (CBT), Eye Movement Desensitization and Reprocessing (EMDR), psychotherapy, or Acceptance and Commitment Therapy is a proven way to overcome emotional abuse and its effects. Different types of therapies have different focuses, like changing irrational thoughts, revealing emotional problems, or experiencing specific stimulation to process trauma. But in each case, the therapist speaks to a client individually and develops a particular plan to help overcome the severe effects of emotional abuse.

Collective counseling, such as Group Therapy is also a very common treatment for emotional abuse victims. During group therapy, clients share their feelings and memories with people who have had similar experiences of abuse. As a result, people feel emotionally connected with others and overcome feelings of isolation. As studies prove, group therapy increases self-esteem as well (Jacob et al., 2010).

Couples Therapy is another effective type of therapy in the case of emotional abuse. However, it’s only if a victim of emotional abuse manages to convince the abuser to receive treatment. Unfortunately, abusers are unlikely to recognize the effects of this unhealthy relationship because their behavior leads them to receive several advantages. Therefore, generally, individual and group therapies tend to be more effective.

To sum up, emotional abuse is one of the hardest forms of abuse that leads to negative mental health effects, harms self-esteem, and reduces the quality of life. People experiencing emotional abuse feel trapped because they can’t stand the relationship anymore but don’t want to leave.

However, you shouldn’t tolerate it if someone is deliberately trying to make you feel guilty, control you, and create chaos in your life. Everyone deserves to feel safe and experience psychological well-being. So, if you feel you’re being emotionally abused, getting help from professional counselors could help you deal with emotional abuse and related conditions.