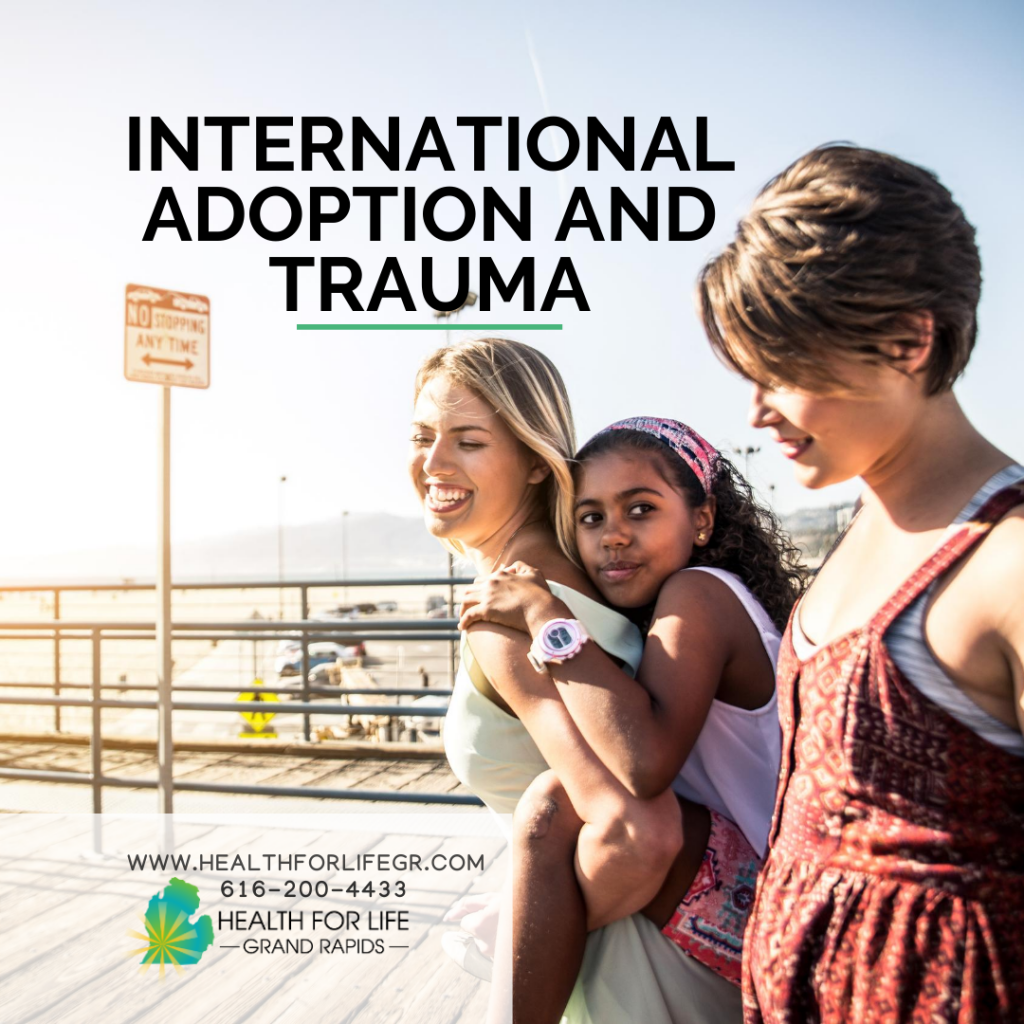 In the past 40 years in the United States, there has been a huge increase in international adoptions. Families in the States were given an opportunity to adopt kids from other countries, and this was often touted as a ministry opportunity from churches. And let’s be real, adoption can be a wonderful thing! Studies have shown that living in an institution – like in Russia or China for example – can have adverse health effects on children. These can include problems with growth hormone production, food satiety and being unable to respond to hunger cues, and delay of puberty. Amazingly, these effects can be reversed once they are removed from the institutional environment and placed in a loving family home. Children placed in homes in the United States often have access to medical and mental health services that they otherwise would not have access to if they were still living in an institution. Religious individuals have viewed adoption as a ministry and wanted an opportunity to proselytize to those who might not otherwise have an opportunity to hear about that religion.

Let’s also talk about the difficulties that international adoption can yield. Children who were raised in institutions often have immense difficulty forming connections with their new caregivers, and anyone else in the home. They can also have difficulties regulating their emotions, often showing resentfulness and aggressiveness. That can be difficult for families to handle, especially if they are not prepared, and has led to the adopted children to be abused and even killed by their caregivers. Homeschooling’s Invisible Children completed a longitudinal study about the ties between Christians who have adopted children due to a push from their churches, and being unable to handle such behavioral concerns. Often these children are homeschooled and the abuse or death is hidden due to homeschooling parents not being mandated reporters. I’m not saying that parents go into adoption looking for a vulnerable person to abuse. These families are in over their heads, and in the case of some religious circles “sparing the rod and spoiling the child” can turn into beating a child into submission as they just don’t know how to deal with the behavioral concerns that show up. And it’s not just religious families that are abusing and killing their adoptive children. A study done on Russian adoptees who were killed by their American adoptive families showed that overwhelmingly, adoptive children were victims of abuse, neglect, and death at a higher rate than biological children, regardless of religious background.

The “sourcing” of such children can be troublesome as well. In the 1990s, children were exported from Brazil to the United States to be adopted by families. These children were apparently available for adoption based on their biological parents’ abuse and neglect, however, in a study of 30 children, no provable abuse or neglect was ever recorded, and these children were trafficked by the Brazilian judges and government. The families approached the judges to get their children back and were refused information and told to obtain a lawyer – something that was prohibitively expensive for the families. This is not just a problem within Brazil, closed adoptions with trafficked children happen from Australia, El Salvator, China, Argentina, and most recently Haiti. After the Haiti earthquake in 2010, children were rushed into adoptions in the United States while taking advantage of the chaos and neglecting to find biological families or if they were truly orphaned or needing their parental rights severed.

As a whole, the global community is becoming more aware of child trafficking that is happening under the guise of overseas adoption. Several well known religious adoption agencies in the United States have pledged to no longer provide overseas adoption and countries are closing their borders to overseas adoptions as well and these children are no longer available. This may seem like a negative to parents who want to find a new member of their family to love, but there are far more benefits to raising a child in their own culture and supporting the child welfare systems in the country than removing them.

On that note, let’s talk about cultural issues. Individuals who are a product of international adoptions have reported not feeling like they belong anywhere. To quote a Korean adoptee who grew up in the United States with white parents, “I’m not white, I don’t fit in with the white kids despite growing up with them, with white parents, participating in normal American culture, and trying my best. I also didn’t fit in with the Asian international students at college either. I don’t speak the language, I don’t know the culture. I’m not white enough for the white kids, and not Korean enough for the Korean kids. I just don’t belong”. In a study done with Romanian adoptees in American families, it was found that a large percentage of the children had difficulties adjusting to their new American culture and felt different and that they could not connect with their adoptive families. This is not to say that this will forever be a problem for the foreign born adoptees. Research has shown that if the child is able to find a way for both cultures to coexist in their own identity and learn from both, they can be well-adjusted and happy.

To add to all that we know about childhood development and problems associated with parents being unprepared for adoption, we now know that having childhood trauma will equate with measurable poor health outcomes. The CDC and Kaiser Permanente put together a study from 1995 – 1997 that evaluated how many individuals with an assortment of health problems (COPD, heart disease, asthma) also had adverse childhood experiences (ACEs), and the conclusions they were able to draw were fascinating. This list of ACEs include physical, emotional, and sexual abuse, emotional and physical neglect, and a list of what they call “household challenges” which include: an incarcerated household member, parents who are seperated or divorced, a household member with mental illness or substance use, or a mother being treated violently. We’ve discussed the amount of adopted children who are abused and neglected by their new families – adding more ACEs to their list. And just so we’re clear, abuse and neglect doesn’t just happen with adoptive families; individuals can have a high amount of ACEs and be raised by their biological families. What we do know is that having high levels of ACEs can be an indicator that someone is going to experience many physical health problems and mental health problems.

I realize at this point that it sounds like I am very against adoption. As a mental health professional who works with individuals dealing with trauma, it can be hard to ignore the poor outcomes and focus on the good. Despite this, I do believe adoption can be incredibly helpful for both the children and the families that take them in. Family therapy, both before and after the adopted child is placed, and pre-adoption education can be incredibly beneficial in preventing negative outcomes. Learning how to work with kids that have different cultures, may have difficulties in regulating their emotions, and may not ever bond well with you can go a long way in preventing abuse and neglect. If you’ve already adopted a child and are having problems, if you’re looking to add to your family and want to prepare yourself, or if you are an adoptee, counseling can be an excellent resource. Let’s get you set up today. Call 616-200-4433 or visit our Contact Page to learn more.

Kristi Gleason, V. (2020, January 21). The changing landscape of international adoption: Where we’ve been and where we’re going. Retrieved August 26, 2020, from https://bethany.org/resources/the-changing-landscape-of-international-adoption