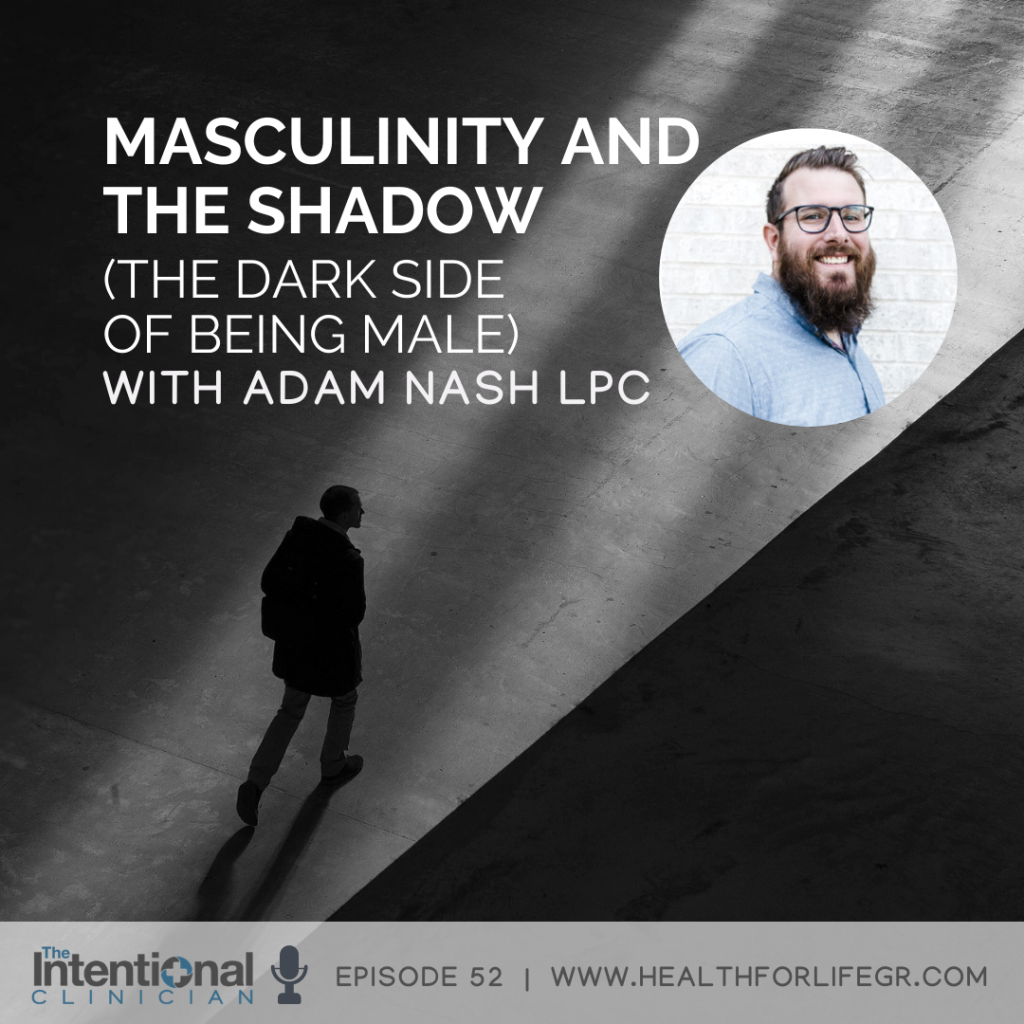 Paul Krauss MA LPC interviews Adam Nash MA LPC to discuss the “shadow,” particularly how it manifests in males. While everyone has a shadow, Paul and Adam focus on how the shadow influences the male psyche in particular.

It is not a literal shadow you might see on a sunny day, but rather the personal and metaphorical “shadow” that Carl Jung described. Carl Jung was a Medical Doctor (among the first psychiatrists) who worked closely with Sigmund Freud, and although they shared a lot of similar ideas, Carl Jung eventually branched out and developed his own theories and psychological interventions that are still utilized to this day. One of his theories was that the “shadow,”  is a part of our unconscious which we do not want to accept or do not want to notice, but yet are present whether we know it or not. It is sometimes referred to as our “dark side.” In men, this can manifest as aggression. For example, men who were taught not to show any emotion repressed that to their shadow, and it can backfire in a variety of ways. Paul and Adam discuss some more examples of this and reflect on some other aspects of human nature.

The “persona” is another part of us that affects how we portray ourselves to the public but which may not be an accurate reflection of who we really are. The most notable example of this is on social media where individuals post images or text of their best self rather than who they really are. When someone is in denial of their shadow, they may put forth a better persona. For example, some men have demonstrated this by speaking out against things like affairs, but behind closed doors they themselves are having an affair. Adam discusses how this is harmful and how men project their shadow onto others to avoid dealing with their own shadow.

Paul and Adam discuss some quotes from Carl Jung and others who have identified the common theme of shadow in human nature. Paul notes that everything we are unconscious of we find in others. Adams shares his personal journey of learning to deal with his own shadow and how it affects his perception of others. He also mentions that perfectionism causes the shadow to be even more destructive which leads people to denial or minimization of problems. This can lead to blind spots, but methods for seeing past them are examined.

There are some dangers. Paul mentions scapegoating collective shadows (scapegoating towards people with no power or voice), and shadow possession as unhealthy manifestations. However, Adam talks about how to avoid these types of manifestations: going to therapy and finding people who can safely talk to you about your shadow is important in doing shadow work. Doing this work is not merely to avoid shadow problems–it enhances an individual’s life experience and prepares them for the future with new experiences. Paul refers to the fact that we must descend before we can ascend to better ways of living.

Though Carl Jung is known for his writings on the shadow, his works can be difficult to read. Paul and Adam discuss their recommendations for easy-to-read books and recommend doing shadow work with a licensed therapist. You have to listen to hear the list!