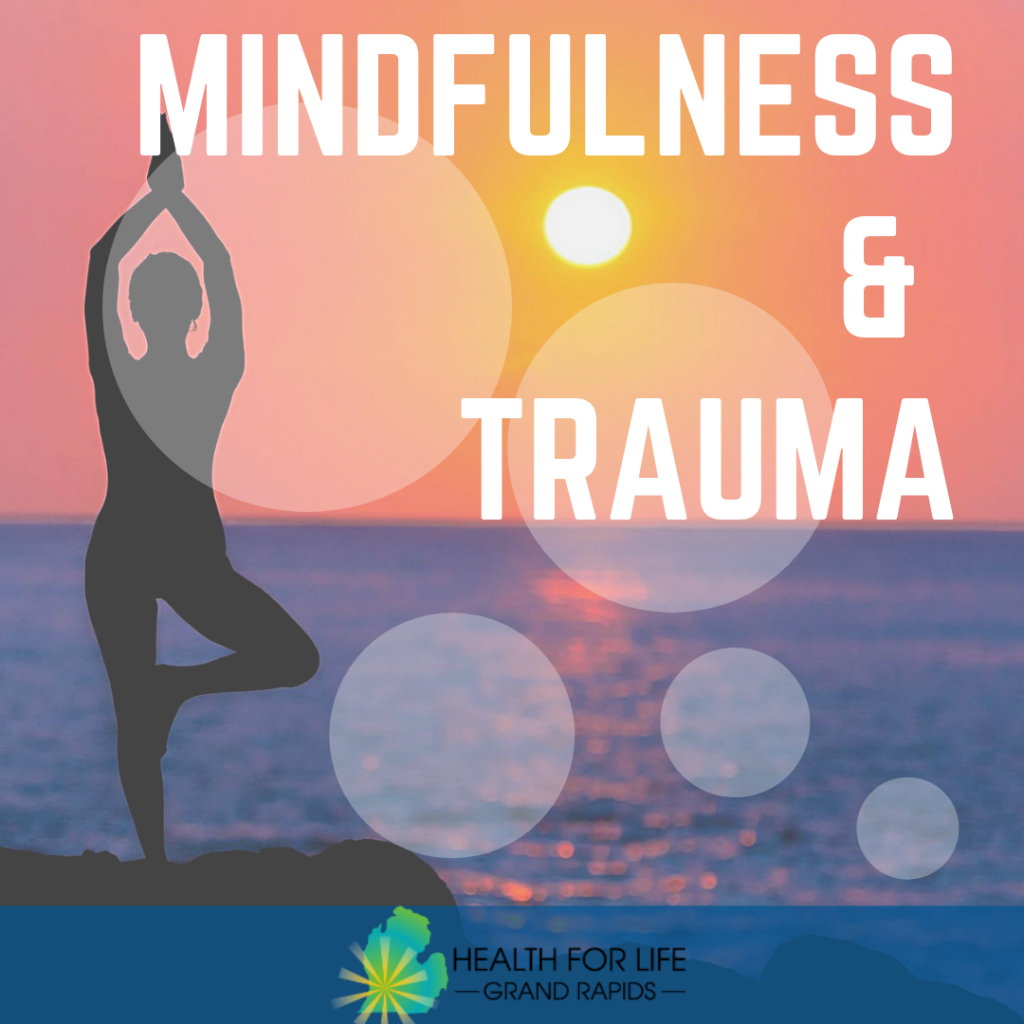 By The Health For Life Staff

Mindfulness has been increasing in popularity over the last few years, but many people are not sure what mindfulness really is. Mindfulness has been around for hundreds of years as it is one of the regular, meditative practices in Buddhism (Bremner et al, 2017; Thompson, Arnkoff, & Glass, 2011, p. 221). Mindfulness is a practice that helps individuals to stay in the present while paying close attention to their body–this includes feelings, sensations, and thoughts that arise while still remaining in the present (Bremner et al, 2017). Mindfulness consists of “self-regulation of attention,” or keeping your attention to your body, your breathing, and staying present. It also involves cultivating a curious and accepting stance toward your experience which looks like “letting go of judgments of your own experience” (Thompson et al, 2011, p. 222).

There are several ways you can practice mindfulness: one popular way is by practicing yoga.  Another way is to try to live a “mindful” life by applying the strategies and skills to your daily life for short periods of time throughout your day. In a study by Clark and colleagues (2014) on trauma-sensitive yoga, those who had experienced trauma felt like it was a safe way of practicing mindfulness and meditation and felt that it helped them reduce anxiety symptoms (Clark et al, 2014, p. 158). There are also numerous mindfulness-based treatments that are based on the tenets of mindfulness such as mindfulness-based stress reduction (MBSR), mindfulness-based cognitive therapy (MBCT), and mindfulness-based exposure therapy (MBET) (Boyd et al, 2017, p. 15).

Practicing mindfulness is a useful method to cope with a wide range of events from everyday stressors to traumatic events. It has even been shown to be a “protective factor” against trauma associated disorders such as PTSD (Boyd et al, 2017, p. 8). Almost anyone can benefit from practicing mindfulness.