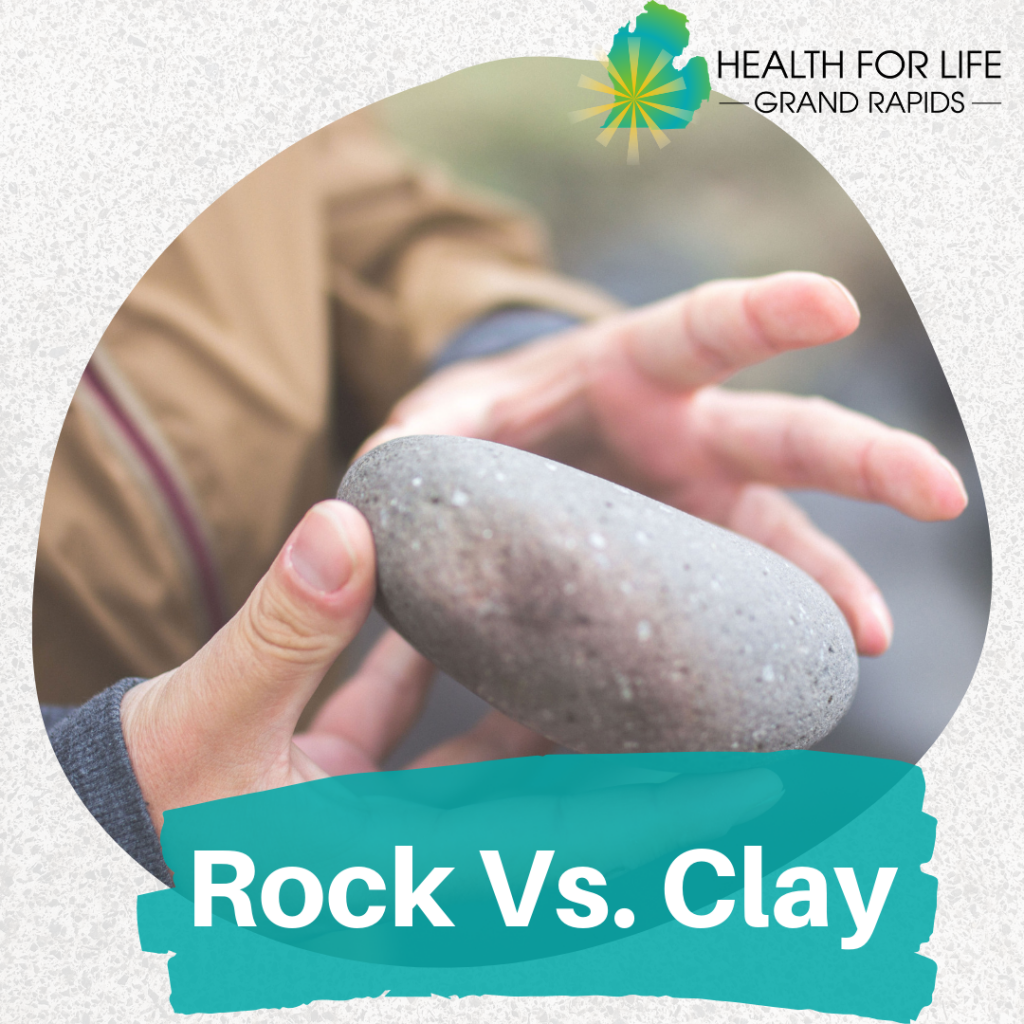 Anxiety is one of the most common issues I see in teens and young adults.

I had a ten-year-old in my office recently who was struggling with some pretty severe anxiety—especially around school. I wanted to help her conceptualize her anxiety in a visual way. I found some great ideas on confidentcounselors.com and decided to try one. We talked briefly about some of the thoughts that go through her head. She said sometimes she feels like if she just tried harder or thought about it more, she could control the things that bother her.

I asked my client to close her eyes and hold out her hand. I placed a small rock in her palm. I told her I wanted her to form whatever was in her hand into a snake. She dutifully tried, but quickly figured out it was impossible. “I can’t,” she said. “Why not?” I questioned. “Because it’s too hard.” “What if you tried harder? Think more about it.” I let her struggle for a few more seconds and then let her stop. I asked her to open her eyes. “Oh, it’s a rock,” but she already knew that.

I asked her to close her eyes again and replaced the rock with a small blob of modeling clay and again instructed her to turn the object in her hand into a snake, which she did with no trouble at all. “How did that feel?” I asked. “Easy,” she responded with a laugh.

“Is there anything in your life that rock reminds you of?” She spent a few moments coming up with ideas before asking me what I thought it represented. “I think this rock is kind of like your anxiety. You can attempt to control things by ‘just trying harder’ or ‘thinking about it more,’ (or whatever else we might say to mentally beat ourselves up) but at the end of the day, rocks are rocks and we usually find that it’s a waste of our energy struggling to change them. Recognizing that some things are out of our control can take a lot of the pressure off.”

Together, my client and I made two columns. In her “Clay” column, she wrote things like controlling whether or not she gets her homework done, is nice to her little sister, if she tries out for the softball team, who she sits next to at lunch. In her “Rock” column, she listed things like not being able to control the weather, if other girls in her class were mean to her, and her parents’ divorce. These are tough things to face, at any age—let alone ten!

For some people who have mild, occasional anxiety, having a list of things they can’t control gives them relief. They have a concrete catalog of responsibility they are relinquished from. However, for people with more pervasive and persistent anxiety, having a list of things that are out of our control makes them feel MORE ANXIOUS. So, I like to take this exercise a step further.

For all of the things that go on the “Rock” side of our list, think of ways we can cope when we can’t control. By this, I mean are there things we can do for ourselves or positive reminders we can say to ourselves that will help us weather the storm of uncontrollable circumstances? Your rock and clay lists may look very different. Maybe you’re frustrated with a job that’s wiping you out, a family member who is constantly nagging you, you’re in a fight with your best friend,  trying to get into a competitive college program. Those are things you might not be able to control, but you can cope with them!

Instead of saying, “I hate my job and there’s nothing I can do about it, so I’m just going to be miserable” we can cope by changing our internal narrative to something like, “I’m unhappy with my job right now, but I can do things that will help me have a more positive shift. I will look at the schedule ahead of time so I know what to expect. I will have my work clothes laid out so I’m not rushing to get ready. I will make myself my favorite cup of tea and put on a playlist of songs I like to enjoy on my commute into work. I am setting a goal of saying ‘hello’ and smiling at three people during my shift.” Life can be overwhelming when you struggle with anxiety, but you are not powerless! Make a mental (or physical) list of what you can and cannot control (clay and rocks), and have coping skills at the ready!