For many people, spirituality is a part of who they are. A system of beliefs helps some people to better understand themselves and the world around them, often playing a large role in the choices people make. When a spiritual belief system is questioned, hurt, or used against us, it can create a crack in our core meaning and personal beliefs–which can cause a range of symptoms and issues.

Spiritual Issues can include:

Crisis of faith: A crisis of faith may occur when an experience or traumatic event causes you to question or doubt your faith. It can also occur if you are unsure about the religious beliefs you were raised with, or how/if you want to incorporate them into your life.

Cults: Being part of a religious group or sect that isolates itself from other belief systems and/or social norms in the name of religion. These groups often have a hierarchy of leadership and rules that their followers must obey, and can include things like brainwashing, sexual abuse, and other harmful means by which to control their followers.

Existential Meaning Crisis: For some people, the spiritual issues are not related to any religion or specific belief system. However, people may feel depressed or anxious because they are questioning the meaning of life and existence in general. Many people report prolonged episodes of depression and anxiety related to a lack of meaning in their life, or a fear of what happens after death. In these situations, a trained counselor can help you work through the symptoms while you explore how to make meaning in your life.

Ritual abuse: A form of spiritual abuse most often occurring in a cult-like setting, where physical, sexual, and psychological abuse is used to gain power and control of a person. This can also include being forced to carry out these acts in the name of religion using threats and punishments if the request(s) is denied. 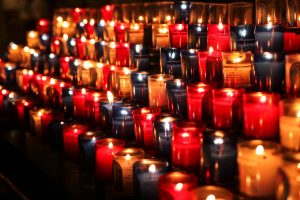 A Shift in Beliefs: As people grow and mature, some decide to either explore broader spiritual belief systems or disregard the religion or spiritual culture that they grew up in. In these situations, a person may face shame or discrimination from their family or culture of origin for making a change in their practices or worldview. What’s more, many people who experience a shift in belief systems may feel guilt because of beliefs that were taught to them while children or the changes in their social sphere. For instance, many people feel afraid to announce their shift in beliefs because of the fear of losing friends or being shunned by their family. In these situations, counseling may help someone weather the storm that changes may bring.

Spiritual abuse: Spiritual abuse often entails a person using your religion against you, in order to manipulate or harm you. Some examples of this can include:

Deconstructing and reconstructing one’s religion or belief system: Breaking down or sifting through previously held beliefs in order to create or make room for the beliefs and ideas you hold true for yourself in the present.

For some people, the spiritual issues that have been discussed on this page can cause depression, anxiety, trauma, and other issues that require some type of intervention. Counseling is considered a preventative approach and is recommended by most mental health studies as the “first line” approach before enrolling in higher levels of care.

Counseling for spiritual issues is not pastoral counseling or biblical counseling. This counseling is not solely in regards to Christianity and can be present as a part of any religion or belief system. Christianity happens to be the dominant religion in West Michigan, but that doesn’t mean its members are the sole contributors to these issues.

No matter the cause of experiencing issues with spirituality, it is important to get guidance from an unbiased source. The good news about therapists is that they are ethically bound to honor your viewpoints and perspectives on life. The role of a good therapist is to help alleviate the symptoms that have led to spiritual issues, or rather work through the spiritual issues that have led to the symptoms you are experiencing. Counseling is a healthcare intervention that should always be non-judgmental, non-partisan, and not religiously affiliated.

For more on cults, check out Melodie Whitmore’s blog: Seven behaviors and signs of being in a cult.

Health for Life Counseling Grand Rapids Counselors that are able to help with Spiritual Abuse and related issues:

Empowering Counseling for All, EMDR Therapy, Internal Family Systems Therapy for all ages.

Trauma-Informed Counseling and EMDR therapy for Women and Young Adults

Strengths-Based and Trauma-Informed Therapy for Adults, Adolescents, and Children

A non-judgemental space for deep healing from trauma, abuse, and relationship wounds.