The Crisis of Suicidality in LGBT+ Populations 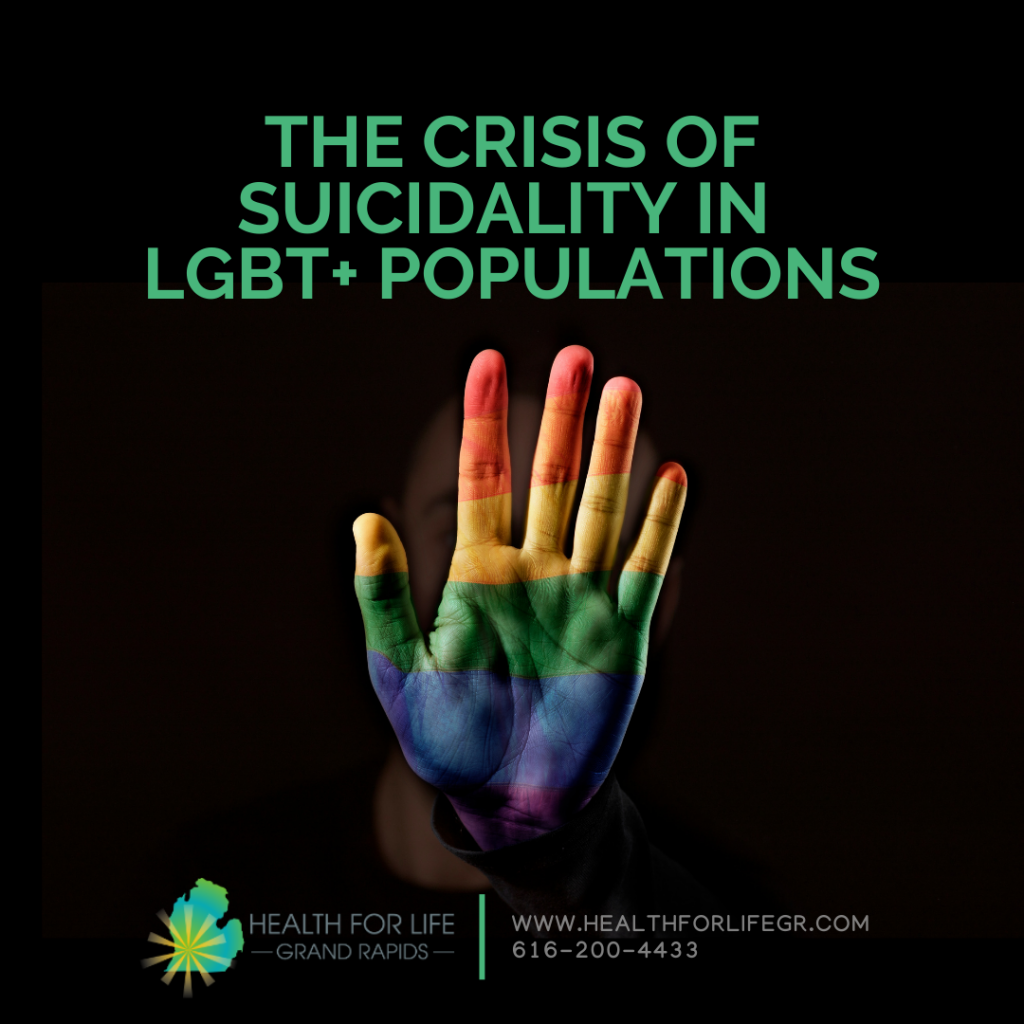 We need to talk about suicide. Approximately 800,000 people die a year as a result of suicide. Amongst individuals aged 15-24, it is the number one cause of death around the world. Men are more likely to complete suicide, but women are more likely to attempt. Suicide rates are failing across the world, with the exception of the United States, in which they have been growing at a rate of 1.5% annually since 2000. These are all facts that studying suicide over the years has taught us. However, if you have ever known or loved someone who took their own life you might be thinking “But why? How does someone get to that point?” Facts and statistics will only get you so far when trying to make sense out of the seemingly overwhelming darkness that people can find themselves in.

So suicidality – the overarching term meaning suicidal thoughts, plans, and attempts – can be the result of many different things. It’s often a defining feature of diagnosis such as depression or borderline personality disorder and can be the end result of a long fight with one’s own brain. For individuals who are already dealing with mental illness, it can be the result of fighting stigma from others, and our own stigmas about ourselves. Stigma is negative attitudes and discrimination based on something they can’t control. If you’ve paid attention to the news ever in your life, you have to be aware of the amount of stigma faced by minority groups, such as ethnic minorities and sexual minorities. In the United States, there is a frightening amount of stigma faced by individuals who fall into the LGBT+ community, just based solely on who they are as a person. You don’t even have to have grown up in the Bible belt to be aware of the sheer amount of religious individuals who actively persecute, shame, and shun LGBT+ individuals.

This leads to incredibly high suicidality rates amongst this population. LGBT+ teenagers are over four times as likely to commit suicide than their cis-hetero counterparts. 1 in 3 LGBT+ adults experience mental illness, compared to 1 in 5 of the general public. A study done in 2014 found that individuals who live in communities that stigmatize their identities die on average 12 years sooner than LBGT+ individuals who live in affirming communities. That’s not even beginning to touch on religious communities and organizations’ attitudes towards LGBT+ individuals. Studies have shown that a range of negative impacts happen in religious communities from outright bullying sanctioned by religious texts to families disowning their LBGT+ members to individuals having to choose: are they going to remain in the religion that is meaningful to them or are they going to be true to themselves. There often seems to be no way out and no good decision to be made when your choices are to “Be gay and go to hell… or somehow make yourself straight”.

My usual words of wisdom at the end of blog posts are “get counseling, I promise it’ll help”, but in this case I want to throw in a word of caution. Not everyone who provides counseling is able or willing to help you if you are a member of the LGBT+ community. I don’t have to tell you to make sure the person you are talking to is safe; you are more than likely already doing this in your daily life. But this includes professionals. Conversion therapy is still a practice that some clinicians may want to subject you to. There are clinicians out there who will make you try to “pray away the gay”. Don’t subject yourself to more stigma from the very people you are reaching out to for help. That said, I can promise you that within Health for Life, we provide a safe space to work through whatever problems you are dealing with, regardless of who you identify as, who you love, and what community you belong to. Please reach out for help if you need to. In addition, to the National Suicide Prevention Hotline (1-800-273-8255) there are specific suicide hotlines for the LGBT+ community, please utilize one of these if you need to reach out to someone.