What is Somatic Experiencing Therapy and How Does it Heal Trauma?

In Peter Levine’s classic book on healing, Waking The Tiger, he has a whimsical section entitled, “Blame it on the Neocortex”.  In other words, when it comes to dealing with traumatic events, be they crisis events or ongoing hardships, we humans are “overthinking things to our own detriment”. This is why cognitive-behavior approaches to trauma events are often ineffective. Levine says, “The neocortex is not powerful enough to override the instinctual defense response to threat and danger— the flight, flee or freeze responses”

Animals have primitive coping responses when faced by disrupting/disarming events.  They respond instinctively. Turtles duck under the water, moles burrow; dogs, wolves, and coyotes roll over in a submissive posture.  All animals have a survival “freeze” response as well as a flight pattern and fight pattern. Of course some, animals are first fighters and only secondarily those who flee.  “No animal”, says Levine, “has conscious control over whether it freezes in response to a threat”. That includes us human beings. In response to a threat, we can fight, flee or freeze.  Freezing is the last option when the others fail and we don’t choose that one: our nervous system, based upon its primitive survival make up, decides that for us. And that freeze response can cause us a lot of trouble. Symptoms such as depression, emotional and relational distancing, numbness and lack of motivation, disassociation, and physical ailments can all be the result of a highly charged life-threatening experience that gets “shut down” or “frozen inside us”.  The fight and flight responses can also cause havoc when they get internalized.

So here is the problem with the “neocortex solution” to trauma events. In the aftermath of a traumatic event or a history of such events, the frontal brain doesn’t know how to deal with the fight, flight and freeze responses and energies that are still locked into the nervous system following those intense events. That stuff is also lodged (or stuck) in the “primitive brain”, the nervous system and the body.

So how do we get “unstuck” you ask?  Somatic Experiencing Therapy brings healing through awareness.  Most of the awareness centers on the “felt sense” in the body as opposed to the cognitive memories or thoughts of the exact events. Clients learn self-regulation and self-calming through co-regulation with the therapist.  Outmoded defensive patterns are abandoned for new patterns of self-awareness. The natural healing instincts of the body prevail when clients are supported and nurtured in a way that the whole person can fully receive.  Lectures are stimulating and interesting, but they don’t usually heal trauma. Talk can only do so much. The story is only part of the memory. There is other memory held in the “ primitive brain” and the body.

So what are we to do?  We learn to regulate our nervous systems with the help of a therapist. We release old, trapped and damaging memories.  We attend to ourselves, learn to track the things that disturb us on the level of the “felt sense”, and we find the inner resources that have been there all along. We notice the things that make us “feel good”.  We tap into the calm and the strength that is within us. We heal through renewed confidence, self-awareness, courage, and hope.

The Somatic Experiencing method is a body-oriented psychotherapy approach to the healing of trauma, along with other stress disorders. Dr. Peter A. Levine invented the therapy method as a result of a multidisciplinary study of stress physiology, psychology, ethology, biology, neuroscience, indigenous healing practices, and medical biophysics—together with over 45 years of successful clinical application. The Somatic Experiencing approach works to release traumatic shock, which is one of the keys to transforming PTSD and the wounds of emotional and early developmental attachment trauma.

All of the Counselors at The Trauma-Informed Counseling Center of Grand Rapids have undergone extensive additional training in order to help you:

Following graduate school, all of the counselors at The Trauma-Informed Counseling Center of Grand Rapids (located inside Health for Life Counseling Grand Rapids) have received extensive training in understanding the latest scientific research on neurobiology and how trauma affects the whole person. In addition, all of our therapists have learned at least one, trauma-specific intervention modality, which they have added to their toolbox of techniques in order to best help all people who seek help. This means, that they not only have the same training as your average counselor or therapist in Grand Rapids, MI to conduct traditional counseling and talk-therapy, but they have additional tools and information that will be helpful to people who are looking for more than a “solution-focused brief approach” or a strictly “Cognitive Behavioral Therapy (CBT)” approach. More good news: Our therapists all know how to utilized Cognitive Behavioral Therapy (CBT) and Solution-Focused Brief Therapy and interweave those modalities into their personal style. And so, if you are seeking that type of counseling—we also can provide it.

Professional quote: “I’m pleased to recommend Paul as a talented and diligent therapist. During our time together as clinicians at Jewish Family and Children’s Service, we facilitated adolescent therapy groups and staffed with each other regarding the clients and families we were both involved in providing services for. During these and other interactions, Paul consistently demonstrated professionalism, genuine care, and an unwavering commitment to evidence-based clinical excellence. In addition, he shows strong dedication to the learning process, obtaining in addition to his various state licenses, ACRA, EMDR, and numerous other clinical certifications that allow him to offer a diversity of interventions to clients. He is a skilled behavioral health provider and is sure to be an ever-increasing asset to the clinical teams he partners with.” -John Lynch, MDiv, LCSW 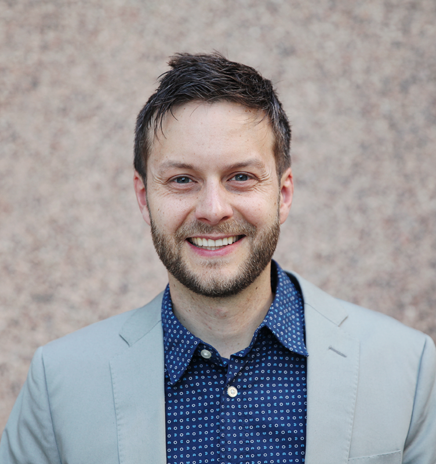 “Paul, I think I know why I can be open with you and not all of the other counselors I have seen. Because I deep down truly and fully and in my heart BELIEVE that you CARE, about me, and about everyone. That is how you made yourself SO good at what you do. And that makes all the difference!” 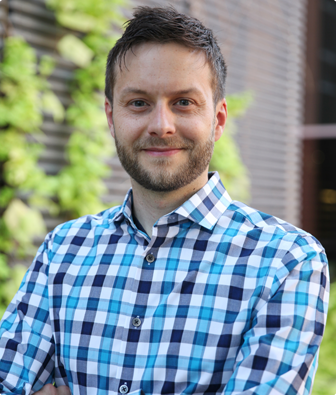