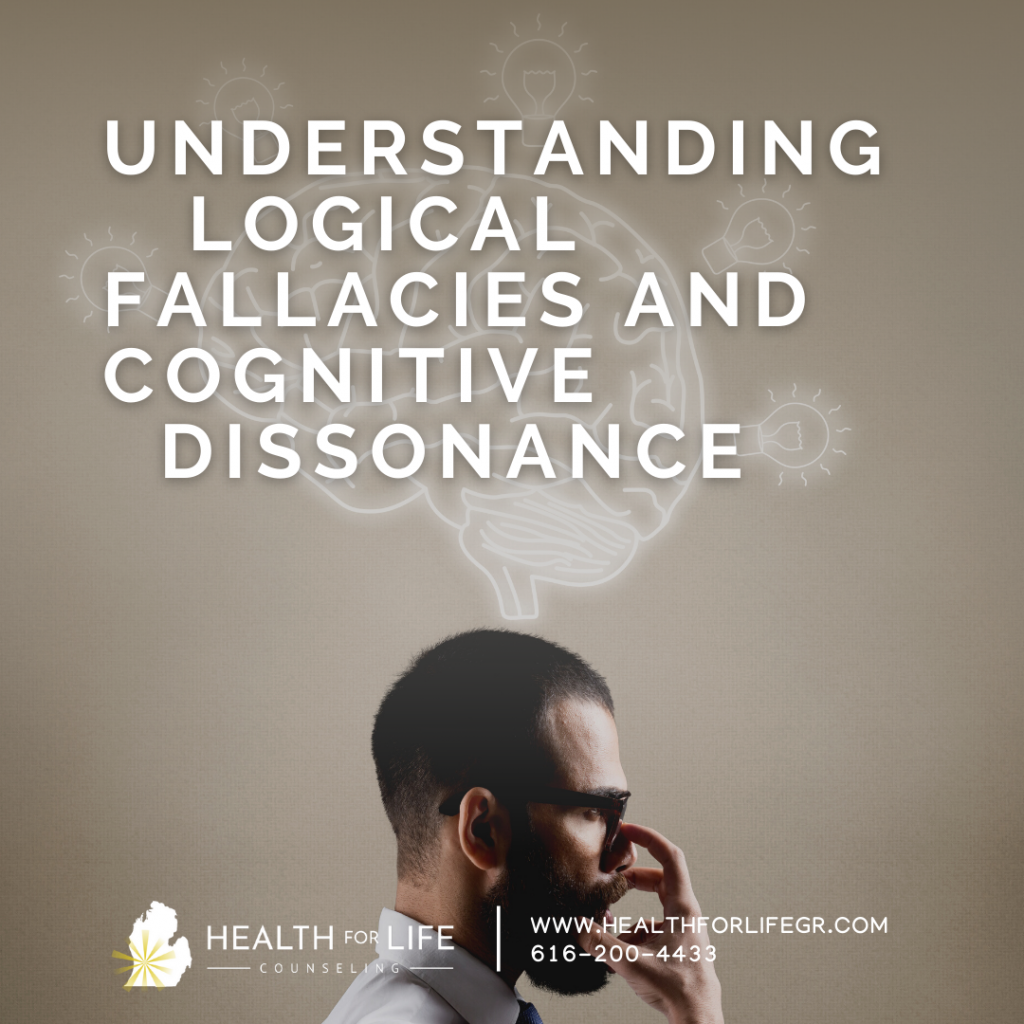 Have you ever found yourself using all your energy to prove a point and later you find out that you’re actually wrong?

Logical fallacies are arguments that are based on distorted reasoning. And if someone tries to estimate these arguments logically, they can easily reveal that they are wrong. Considering that logical fallacies are part of our everyday lives, it’s becoming more and more crucial to discover these errors and learn to differentiate them from the truth.

What are Logical Fallacies?

Logical fallacies can be defined as errors in reasoning or statements that seem convincing. However, once you start assessing these statements using logical thinking, you will quickly notice that they are inaccurate. Nevertheless, logical fallacies are very common in day-to-day reasoning, and sometimes we receive them without realizing that the ideas that seem reasonable and casual at a first glance are actually faulty.

Generally, logical fallacies can be divided into two types: formal and informal fallacies. Making formal logical fallacies isn’t particularly inaccurate. Instead of informal fallacies, communicators are telling the truth, but they use the wrong structure for their statements, which leads to logical inconsistency for the audience. On the contrary, the information itself is faulty or inaccurate, even though the structure of the statement might seem logical and clear.

Although logical fallacies are divided into two major categories (formal and informal), there are many different types of fallacies that people tend to use. By understanding various types of logical fallacies, you can reduce the chance of convincing arguments that are wrong or using faulty statements in your reasoning.

Although it might be a bit of an unusual name for an informal fallacy, the fact of the matter is that the “red herring” fallacy is distracting the audience by bringing up an unrelated argument. In this fallacy, people switch their attention from things that really matter to issues that aren’t relevant to the topic of discussion.

For instance, if a family member says it’s not a big deal that they treat you poorly because they are doing so many other things to provide for the family or make your life better, it would be a red herring fallacy. Why? Because the way a particular family member treats you isn’t related to the things they do to your family.

Some other examples of the Red Herring Fallacy could be the following:

Using personal stories to make an argument for an entire group.

People who use the anecdotal evidence fallacy prefer to believe a few unscientific or unjustified arguments instead of believing scientifically valid evidence.

The reason why people tend to use this fallacy is that we’re cognitively lazy individuals who prefer to rely on basic information using as little mental effort as possible (Pennycook et al., 2018). Interestingly, this type of informal logical fallacy is often used in marketing to drive sales and attract the attention of the target audience.

Examples of the Anecdotal Evidence Fallacy:

Presenting an either/or situation as the only option.

This fallacy means polarizing the matter into two extremes, while in reality, many other possibilities exist. Therefore, it’s another way of oversimplifying an argument. The purpose of this strategy is to make the argument more convincing by dividing the alternatives into two specific dichotomies that hide important considerations or alternatives.

The false dilemma fallacy usually polarizes the audience. As a result, people start to praise one alternative while devaluing the other.

Examples of a False Dilemma Fallacy:

Attacking a distorted, sensationalized version of a claim.

Using the straw man fallacy means using oversimplified arguments in order to distract the other party from the main point of the discussion. People who use this type of fallacy attack a completely different subject instead of following what is being discussed. As a result, they make their position look more reasonable than it really is.

Examples of the Straw Man Fallacy:

“So, you’re trying to save money.”

“So, you’re saying that we originate from monkeys.”

Attacking an individual’s personality instead of using logic.

Ad Hominem is a Latin phrase meaning “to the person”. Considering this, the Ad Hominem fallacy means criticizing someone’s personality, individual characteristics, or personal attributes instead of criticizing the things they’re saying. Such a type of logical fallacy is especially common in politics (e.g., Walton, 2000).

Considering the fact that logical fallacies generally prevent people from being rational, frequent use of these fallacies might lead to cognitive dissonance. According to American social psychologist Leon Festinger, cognitive dissonance is an unpleasant emotional state that is caused by inconsistent thoughts, emotions, or behaviors. During this psychological state, an individual experiences an inconsistency in their cognitive system, which breaks the balance and leads to tension. As a result, people try to change their thoughts, beliefs, attitudes, or behaviors in order to restore balance.

On the one hand, realizing that you’re using logical fallacies in the process of debating and that your arguments are based on false reasoning increases the chances of cognitive dissonance. But on the other hand, you might use logical fallacies in order to reduce cognitive dissonance and maintain consistency with your previous arguments that can’t be supported by rational arguments otherwise.

How to Avoid Logical Fallacies

As we already said, logical fallacies are an integral part of human thinking. Therefore, avoiding logical fallacies isn’t easy, but thinking critically and assessing your own arguments through the rational prism is a great way to avoid these faulty arguments while communicating with people. That’s why you should differentiate various types of logical fallacies from each other.

So, try to make sure that your conclusions are based on rational and relevant arguments, use critical thinking, and don’t make claims that you can’t support. Instead, base your arguments on factual evidence and present all your ideas in a neat and orderly way.